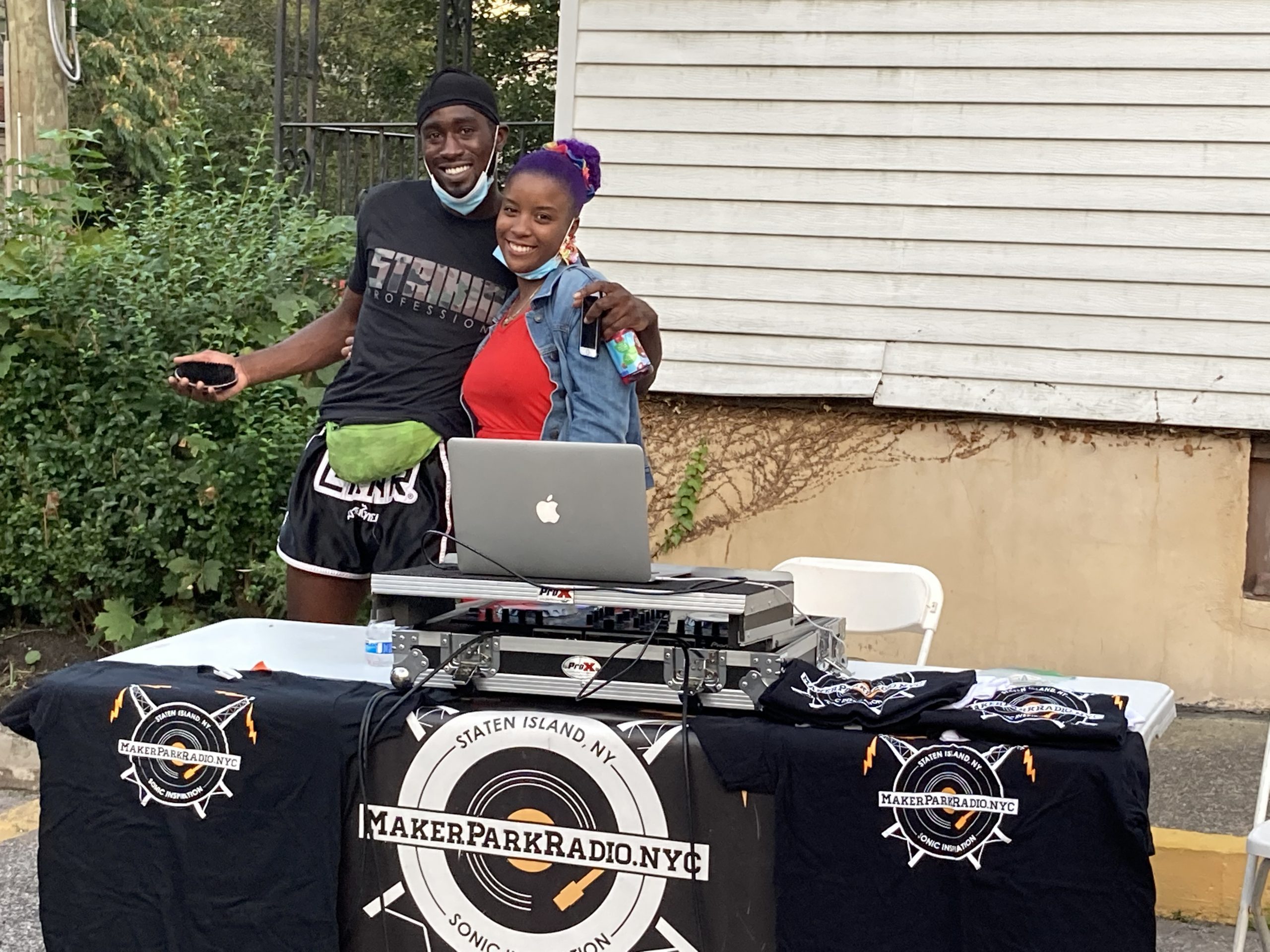 Dorcas Meyers was a vendor at our first block party in 2017. She has a wonderful beauty product company called “Roc-A-Natural“.

We stayed in touch, and were recently talking, and she was telling me how she was trying to put together a free movie night in her community of Stapleton. Her hope was to motivate people to come together to be educated as well as entertained.

The next thing you know, Maker Park Radio was a major sponsor of these events, providing free DJ support and the projectors and screens.

These events took place over three Fridays, bringing out about 75 people to each event. Voting registration and Census collection were also available.

The first movie was Who’s Streets? about the human rights uprising in Furguson, the second was Black Panther in honor of the late actor Chadwick Boseman, and the third movie was Pray The Devil Back To Hell about a group of women in Liberia who protested for peace between two conflicting parties.

Local candidates for Council Member were invited to talk and take questions from the audience.

We were so happy to be able to contribute to Dorcas’ event. And be amongst those who supported the event as well. The Muslim Sisters of Staten Island, The Harriet Tubman Purple Hat Society and many more.

And a huge thank you to our volunteer DJs for these nights: Carol Hooper, Kitty The Disc Jockey, Girl On The Rocks, Carol Griffin & Tom Ferrie