MPR/Q & A: Three questions with one of Maker Park Radio’s teen DJ’s

You are here:
Blog 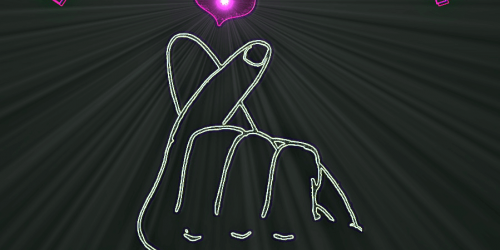 DJ Lily (Lily Boyland) is an honor student at Staten island’s Nicotra Charter school, starting her Junior Year, and an attendee of the Marnbaeksung Korean School. She is the host of Heart & Seoul: K-Pop Non-Stop, a monthly Makerparkradio program dedicated to her favorite musical genre. She recently shared some thoughts about Heart & Soul with Forbidden Island’s Tallahassee Tim (Forbidden Island).

TT: After being introduced to MPR you came up the idea for a show of your own. Can you share some of the process involved in developing a two-hour radio show?

LB: As I create my show, I think about some ideas that would attract the listeners’ attentions to come join me on live and just experience the feeling of what they think about when they listen to Kpop. I also experiment to see if I can connect the songs I have chosen to my listeners if it’s relatable to them or not. For an example, my last radio show was called, “Kpop Before 2011” to symbolize that there are artists that have been popular for more than a decade. Also, I wanted to share some older songs in general to see if the listeners can relate it to what they enjoy listening to.

TT: K-Pop has become a major musical genre, world-wide. What is it about K-Pop that connects with you?

LB: When I first started listening to Kpop around 4 years ago, it was my first real exposure to Korean culture and I didn’t really understand how important it really was. At the time, I just thought that Kpop was music performed by Asian artists. But that was just the beginning, and since then I’ve learned a lot more of what the music is about by reading about its history, watching interviews of when idols were asked questions and listening to stories that trainees (people who were preparing to become idols) shared based on their past experiences. As a teenager who enjoys listens to Kpop, I can say that it’s a music genre that’s organized by South Korea where artists perform songs influenced by countries around the world from other music genres like, pop, rock, R&B, etc., mixing in its traditional Korean culture. I also enjoy learning Korean as a language, and I speak Korean when I can to my friends and teachers at school. We learn the Korean language and literature, learn more Korean culture and history, and sing and dance to Kpop/Korean songs. I am very happy to say that I am connected to Korean in many ways.

TT: Beyond the music itself, what would you like listeners to take away from Heart & Seoul?

LB: It makes me happy when people take a listen to my show and express how they feel about it. I have friends of mine who really enjoy Kpop as much as I do and we enjoy talking about it together, listening/dancing/singing to songs. I also have friends who don’t listen to Kpop, which I enjoy because we can learn about each other through our musical tastes. It’s the same for my listeners, there will be ones that love Kpop and there are others who enjoy the fact that I love Kpop- but wouldn’t listen to it on their own time. But to all my listeners, I all want them to know that they are able to explore all different types of Kpop styles. Like, Kpop hip-pop, Kpop ballads, Kpop R&B and more. You might not like some genres depending on your interests, but maybe there is one or a few specific specialties that you might really enjoy.

The next ‘Heart & Seoul / K-Pop Non-Stop’ streams live on makerparkradio.nyc one Sunday each month.

International Garage Rock by Fletcher (Music I Like)
January 17, 2021

Music Streams into Your Heart by CeeMissAngee (The Soul Spectrum)
September 29, 2020

With Thanks to Lenny by Lorenzo Mameili
July 12, 2020
Cart