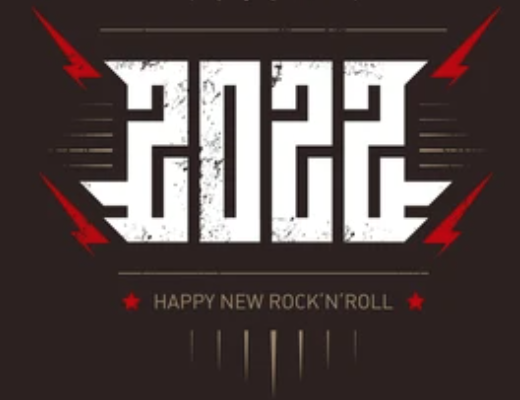 It’s been a rocky road- we streamed live from home; then, we appeared in the studio all masked up.

Makerparkradio is  still taking precautions and taking steps to ensure that all the volunteers keep themselves and fellow show hosts safe.

What’s to come? Who’s to say. But we took a moment to reflect and look ahead.

DJs, what were your accomplishments from last year, and what are your goals for the next?

Kris Wallace: My goals as a DJ are to work on USB-only DJing more.

I traditionally play techno and progressive house. But both of those genres have evolved into sub groups, and progressive house has taken on a more vocal focus and some have branded that out into what is called organic house. It is ever-evolving and I love that part of it. Some evolves with new technology, and some evolves with a thread of feel that comes its own branch. I’d like to play around with bass house a bit; if you can imagine, it is a branch of house music that is a bit more like techno, with a driving bass line. Last year, I did a deep dive into afro house, thinking it would only be one show; but, I learned quickly that afro house is many things including music from South and Central America as well as Eastern Europe. I still love it and want to weave it into sets here and there too.

Oh! I forgot to mention that I hope to do a regular show this year! It is my number 3 resolution! Making time for something that brings me happiness is really tough when you take care of kids and a non-profit. But I have to remember how much it gives me energy, and reminds me why DJing is important to amplify and preserve cultures of music … and its good therapy too!

In 2021, despite the odds, in addition to continuing my bi-weekly show we did great Makerparkradio stuff in-person.

Working alongside the team at the shows all summer was inspirational- the guy who sat on the broken picnic table bench may have felt otherwise.

Then, judging a couple of nights at Battle of the Bands at Flagship stands out. We are making a big difference in our community and it feels great to be a part of it.

I’m excited to be back at Makerparkradio.  My DJ goal for 2022 is very simple- to highlight the fantastic music being created by independent arttists in NYC and the artist that area bands play with when they go out on the road.

The last few years since joining MakerPark have been enjoyable and enlightening. Many years ago in college I was a DJ and was always passionate about music. But after I graduated my focus turned to earning a living and continuing grad school and entering the business world.

My time at Makerpark has helped to fulfill creative passions – expand my scope, knowledge and appreciation of music; learn a new technology and most importantly engage with wonderful new friends and colleagues who share similar passions.

My goal in 2022 is to try and attend / volunteer at more MakerPark events ( being in CT 2hrs hasn’t stopped me from doing a Monthly show and volunteering occasionally). In between media consulting, career counseling at Pace, family, and writing it’s been a rewarding outlet and activity.

I also want to try to get a musical guest on my show – so that’s on my radar!

Grateful for Tom, Kristen and the DJ team at MPR – looking forward to a bright 2022!

Rock and Roll ! Keep the faith !

DJing from home, while isolated, is kinda like a Paul Rudd movie- it was kinda fun, but I wouldn’t actively seek it out (unless it’s Mr. Rudd as Ant-Man, because I love superheroes).

In the coming year, I hope to get out to see more #femalefronted music, live.

I want to learn more- talk to the artists and fans of the artists that I play on the She Pop Show. Also, I hope to bring in more guests. I enjoy reading about women in music and reporting this to listeners, but hearing it from the artist is so satisfying, informative, and brings real insight.

I also hope to produce another live performance – The She Pop Show in person- as I did last year. Being able to bring female artists into the spotlight here on the Island, and paying them to do so, is important work. By working together here at MPR we learn so much.

The turn of year has me looking back on a year’s worth of Jazz Just After Dark, which I’m proud to note has grown in listenership exponentially. While I still struggle to set up the tech stuff, the program’s s open has expanded in sounds and talk, with Laurie joining in as producer, with more and more verbal input. Fans tell us that our humorous banter is half the show!

Plans? Just now I’d like to continue on this wonderful trajectory with further live in-studio performances from downtown musicians and poets.

Starting back in 2018, I have made it my mission to uncover and evangelize for international garage rock. It started when I learned that Latin America, from Mexico straight down to Chile had and has one of the most exciting garage rock scenes. “Demolición” (1965) by Los Saicos from Lima, Perú, is as raw and pummeling a track as anything by the Sonics. There is just so much absolutely amazing music that most American garage rock fans have never heard, let alone even suspect exists, and it is a crying shame.

The best thing I can do to let people know about this music is play it on Music I Like. Since the summer of 2021, each month (except for Progtober, a totally different sort of musical beast) I’ve been playing a dedicated show called the International Garage Rock Show. This month’s edition (1/30/22) is the 17th installment. In addition, I’ve done a few regional/nation specific shows: Japan, Spain, and Scandinavia. If you want to hear what maximum rock n roll from around the world sounds like go to the Music I Like archive and play them at full volume.

The other thing I can do is create an archive of bands and their music. There are a few great sites about older music. Garage Hangover is a tremendously detailed encyclopedia of sixties bands sorted by country. I just discovered a page called Round Trip: An Atlas of International Psychedelia and Garage Music that lists dozens of compilations of sixties and seventies garage music from all over the globe. You have no idea what you’ve been missing until you hear psychedelic cumbias from Peru or Indonesian girl groups. A lot of this music is nearly sixty years old and it make a lot of modern stuff sound anemic at best.

What’s missing is any sort of good database of modern bands. You can type in garage rock by country and get all sorts of lists, but most of them are woefully incomplete and/or terribly inept. If a band sounds like a college rock band circa 1988 with whispery vocals they are not a garage rock band. What I consider garage rock is pretty expansive. Bands can’t be too psychedelic or poppy to make the cut in my opinion, but there’s got to be something jagged or unpolished (even amateurish) about a band to qualify.

My goal is to start collecting information about bands from around the world and eventually put it online in searchable form. Garage Hangover should give you a pretty good idea of what I’d like to achieve. I’ve already had a few interactions with some of the bands, so I can start with those. Between Bandcamp and the assorted social media sites, contacting other bands shouldn’t prove a problem. Where a band is no longer extant, I’ll have to rely on internet detective skills to garner as much data as a possible. If I actually get started on this, it should be one heck of an exciting musical adventure for the coming year.

Do you have a music goal for 2022? Want to see more shows, dig into more interviews and spoken word content on MPR? Whatever your plans, be sure to drop a line or make a donation. We love hearing from you!