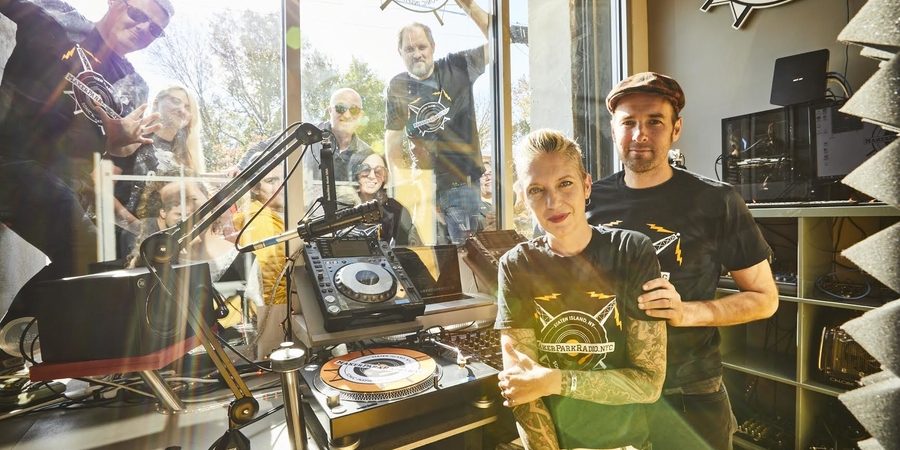 “People have come forward and said I can’t believe you guys did this, this is what this community needed,” said Kristin Wallace, the co-founder of Maker Park Radio.

Maker Park Radio operates out of the MakerSpace Building, at Front and Thompson, an incubator for artists and entrepreneurs. But their sounds can reach anyone across the globe.

“On Opening day we already had ten countries listening to us cities all over the world people tuning in from Puerto Rico to Denmark, England and Ireland,” said Tom Ferrie, the co- founder of MakerParkRadio.

All you need is the internet, and you can listen free from your laptop or phone. You can also watch the action on live streamed cameras.

Maker Park Radio was able to get off the ground with some help from a local grant, but they say in order to keep going forward, community support and sponsorships will be vital.

“Really rely on local business owners to support us through funding. Right now not charging the dj’s at all, its free for the DJ’s but we’re going to need support,” Tom Ferrie, the Founder of Maker Park Radio.

Wallace and Ferrie, managed to launch the non-profit station while juggling kids and full time careers, but say it’s their passion project.

Very local bands from Staten Island that really don’t have the opportunity at this time to be heard outside of here, now they can be heard all over the world

Maker Park Radio airs 24 hours a day with a rotation of more than 40 DJ’s and hosts streaming live from 10am to 10pm. Then it’s looped overnight, for maximum sound.

For more, go to www.makerparkradio.nyc

Saturday Sessions at Makerpark- Outdoor Music All Summer
May 29, 2021