The Go-Go’s Keep Going! By Kitty (The She Pop Show) 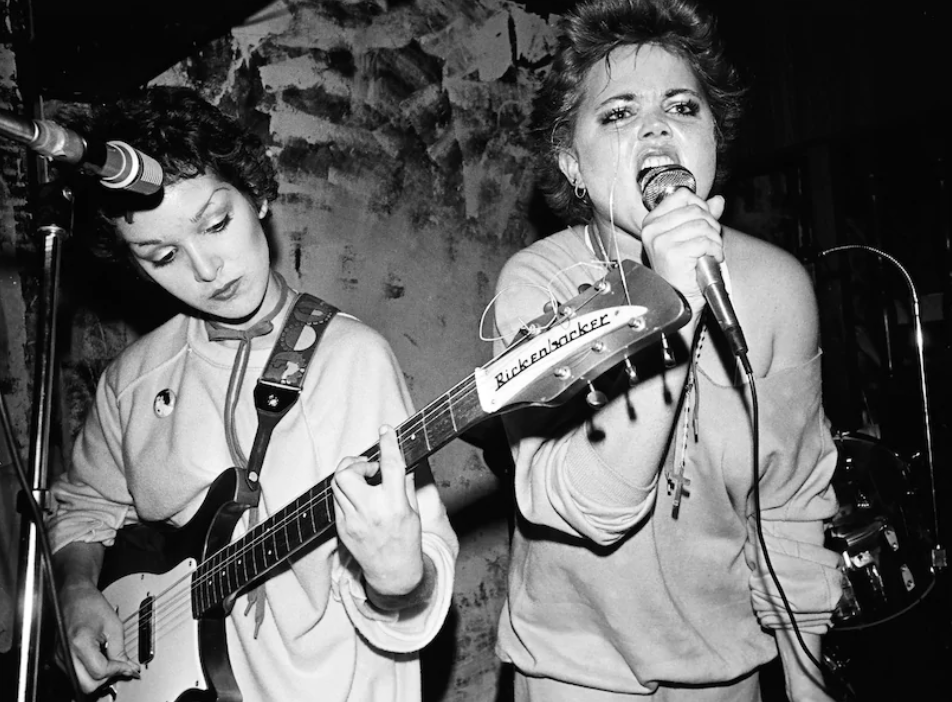 Every photo of me from the latter half of my high school years features short, moussed-up hair, big earrings, some retro skirt or clamdiggers, and an off-the-shoulder sweatshirt. Hail, Belinda, I wanted to be in the Go-Go’s. Wanna feel old? Beauty and the Beat, the pop album put out by I.R.S. (which smashed the vinyl ceiling and sat at #1 for six weeks!) was released in 1981. The multi-platinum Beauty and the Beat was the first number one album written and performed by an all-female group, and it was 30 years ago, that “We Got the Beat” and “Our Lips are Sealed” caught us by storm.

Belinda Carlisle, Kathy Valentine, Gina Schock, Jane Wiedlin and Charlotte Caffey never really found satisfaction in the release; if you listen to the original demos, they are faster and harder. The slightly slower versions we find on Beauty and the Beat don’t match the fire nor the talent of each member of the band (and the faster versions may have won them more male fans, had they been featured).  When they complained about the tempo, several tracks were sped up; this made Belinda’s vocals sound more Minnie Mouse than the troublemaker she was reputed to be. Despite production flaws, the world was captivated.

The Go-Go’s debut album scored a slot on Rolling Stone magazine’s list of the 500 greatest albums of all time, and “Our Lips are Sealed” was listed as one of the top 100 pop singles of all time in that mag.

To celebrate the 30-year landmark, Capitol Records released a two LP set on pink vinyl (ooh!) in 2011. The first two sides present the remastered album, in its entirety; the second disc features unreleased material, including live tracks and a version of Valentine’s “Vacation”.

In celebration of their 40 years of music-making, you can currently find a ‘greatest hits’ release on Translucent Sea Glass Vinyl at Target.

AND the ladies announced via Twitter that there is a new single being released on July 31. You can find the track, “Club Zero”, on most streaming services.

AND Alison Elwood’s documentary on the band will debut on Showtime on August 1.

I have just finished reading Kathy Valentine’s book, All I Ever Wanted, A Rock ‘n’ Roll Memoir; within, she recalls the mistreatment of women in music, the personal struggles, and artistic disappointments. I sympathize and continue to love and respect these idols of my youth. Teenage me continues to revel in every minute of Go-Go’s magic.

Kitty hosts The She Pop Show, which features female-fronted music from around the world (alternate Sundays from 6-8pm). She is the co-host of Forbidden Island, with Tallahassee Tim (alternate Fridays, 6-8pm). She is an avid vinyl collector, with a preference for 60s soul, world, and ska music.