With Thanks to Lenny by Lorenzo Mameili

You are here:
BlogWith Thanks to Lenny by Lorenzo Mameili 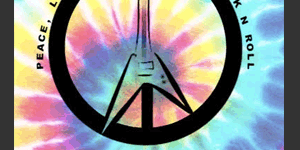 It was a small, second-story room facing out onto the street that I grew up on.

There were two windows, side-by-side, but the view seemed to be of absolutely

no interest to its occupant. The blinds were always down, and sometime in the

summer of 1974, just as I was about to become a teenager, I found out why.

The room was part of a house that was two doors down from my own. Everybody

on the block knew who lived there: Max and his wife Lily and Max’s elderly

mother, along with their two sons, Steve and Lenny. It was Max that almost

everyone on the block interacted with daily. He was the token clerk at the nearby

subway station, and one of the friendliest and most engaging people you could

ever hope to know. Lenny was a chip off the old block, and the room in question

Lenny, who was about twenty at the time, was tall and razor-thin and loved Italian

food. My mother loved to feed him. He devoured everything she put before him,

and he never gained an ounce. He was also extremely polite and very intelligent,

and they would have many conversations about the issues of the day. He won the

he was granted permission to take me to visit his room.

Most of it was standard issue. The usual run-of-the-mill furnishings. But one wall

was utterly remarkable. It was completely covered, from floor to ceiling, with

shelves filled with vinyl albums. The only break was in the center, where the most

awesome looking stereo equipment my young eyes had ever seen, was

positioned. “I keep the blinds closed because it gets pretty hot in here with the

sun”, he said, as if he had read my mind. “Do you want to hear some cool music?”

the speakers for the first time, the maniacal declaration of “I am the god of

hellfire!” from The Crazy World of Arthur Brown, and the beautiful lilt of The

Kinks’ “Waterloo Sunset”. This was a world that didn’t exist on AM radio. There

was the hypnotizing sonic landscape of The Doors “Riders On The Storm”, my

perspective forever. I wondered what my mom would think and Lenny again read

my mind. “Better if you don’t tell your mother about them.”

Christmas Album. “Tommy”, which drew my mother’s attention when she

overheard me singing “See me, Feel Me, Touch Me…” around the house. Her

fears were laid to rest when I told her the story behind the words.

Lenny got the o.k. from mom and took me on my first record-buying trip into

Manhattan. It was to J&R Music World, which was then only one small storefront

“city” pizza. Then back to the room to play that new vinyl.

When I find myself in the old neighborhood, I’ll take a walk down that street, and

see how little of the block I remember remains. The few faces I encounter are

unfamiliar. The houses are still there, but many have been altered or renovated,

and some have seen better days. Aside from the addition some garish awnings

and chrome railings, my house looks like we left it almost forty years ago. But

Max’s house hasn’t changed a bit. Like its owner, who’s now in his late nineties,

it’s weathered the years very well. Most importantly, at least to me, is the fact

that the blinds are still pulled all the way down in Lenny’s room. It’s comforting to

think that he’s still protecting all that glorious vinyl from the rays of the sun.

Lorenzo hosts THE ROCKER, which offers up a diverse hodgepodge of generation spanning music centered around rock and its countless affiliated genres. He’s also a freelance writer and an all around pretty swell guy (or so he thinks.) He welcomes your opinion at therockerwithlorenzomameli@gmail.com 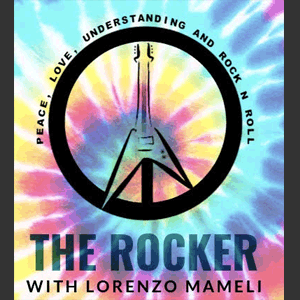 Categories: Blog, With Thanks to Lenny by Lorenzo MameiliBy kristinwJuly 12, 2020

Music Streams into Your Heart by CeeMissAngee (The Soul Spectrum)
September 29, 2020